At 90, Margazhi turns to young – Courtesy Times of India

With One Of The Oldest And Largest Celebrations Of Classical Music And Dance Around The Corner, Sabhas In The City Are Curating New Platforms For Up-And-Coming Artists To Perform. Mid-Year Concerts, Talent Hunts And Exclusive Time Slots Help Organisers Set The Stage For Rising Stars

Likewise, in July, the Parthasarathy Swami Sabha launched a midyear festival and talent hunt, ‘Yuva Sangeet Sammelan’, to identify artists aged between 17 and 30 in Carnatic vocals and instrumental music from India and the United States. Of the 140 applications they received, about 12 young artists have been shortlisted to perform during the Season. “We figured that bridging their entry into the Margazhi music festival is a lot more rewarding than giving them prizes,” says M Krishnamurthy, secretary, Sri Parthasarathy Swami Sabha. “We have 213 programmes planned across three venues this season and more than 60% performers are under 30.”

Anirudh Raja, a Yuva Sangeeth Sammelan finalist from the US says, “The Chennai Margazhi season is the most happening space every aspiring artist hopes to be part of. Coming all the way from California, It’s a proud moment to be able to showcase a piece of the hard work and effort that I train for all year with my gurus.”

For viewing the performances, connect with us at our YouTube Channel Partha Sabha 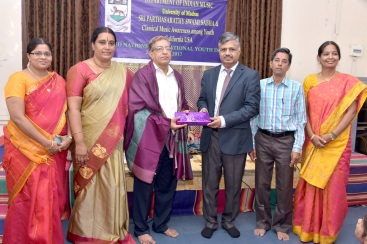 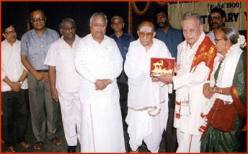 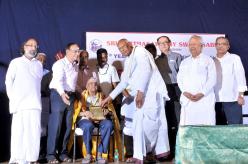 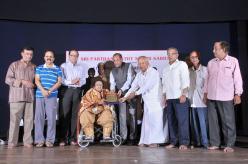