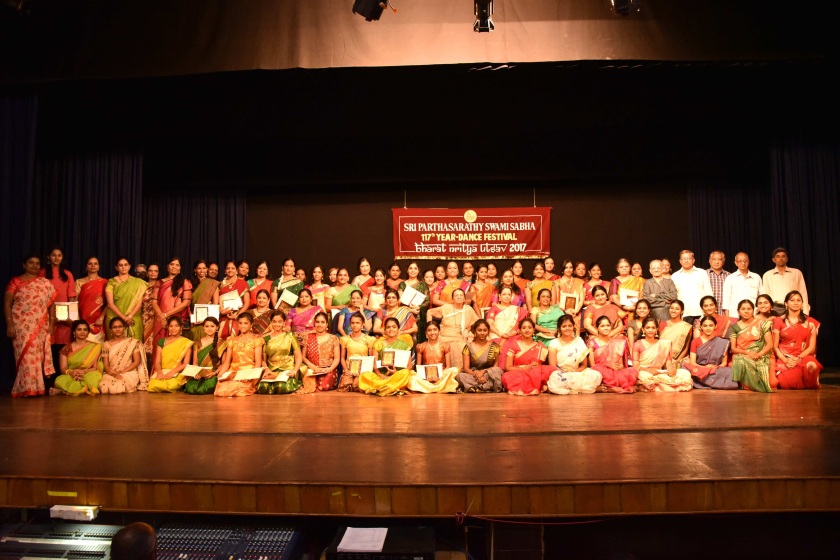 M. Krishnamurthy, Secretary, Sri Parthasarathy Swami Sabha said, “More than 50 Dance Gurus from all over India took part, with their disciples performing. Nearly 150 artistes and upcoming dancers of Bharatanatyam and other forms of our Indian classical dance, such as Kuchupudi, Mohinattam, Oddisi, Kathak took part in the long festival. Artistes from Tamilnadu which includes Chennai, Coimbatore, Madurai apart from artistes from Kerala, Andhra Pradesh, Karnataka, Bombay, Delhi, and Calcutta. Artistes from U.S. and Singapore took part in the festival.

The following are adjudged as best performers of the dance festival

“The oldest sabha in South-East Asia is Sri Parthasarathy Swamy Sabha founded in 1900. I was invited to be its president succeeding Prof. K.A. Manavalan. Both of us had the pleasure of conducting many events including Semmangudi Srinivasa Iyer’s concert, when he was very old. It was a memorable performance. Those days Sri Parthasarathy Swamy Sabha was conducting its events in February.”